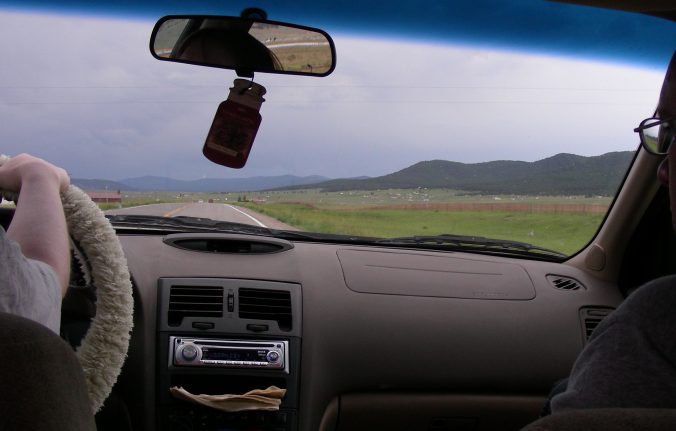 I had some great times and lived a lot of life in my 2000 Nissan Maxima.

There was that road trip through New Mexico in 2010 with my friends Amy and Brian, when we visited George R.R. Martin at his home office, and explored Taos and White Sands and Carlsbad Caverns.

And that 2009 road trip around Texas, from Austin to Corpus Christie to Houston and back, with my friend Kendra. We got pulled over late at night, and the cop seemed to think we must be Thelma and Lois.

And that 2008 road trip down Route 66, from Los Angeles to St. Louis, with my friend Valerie, when we hiked through the Painted Desert and stopped at ghost towns.

That Maxima took me to the Grand Canyon with Tom, and to San Francisco with Kate, and to the Sequoia Forest with Sarah, and to San Diego Comic Con several times, and through Joshua Tree forest, and along the Pacific Coast Highway, and many dozens of times through Topanga Canyon and Angeles Forest and Newport Beach.

I used that Maxima to commute to my first job in the video-game industry, at Paradox Development in Moorpark. If the 118 freeway was clogged, I used an alternate route that wound through orange groves and then up a steep switchback mountain pass, where I’d sometimes get stuck behind a slow-moving truck from the nearby mine.

That Maxima took me to clubs and movies in Burbank and Hollywood. I have so many memories of cruising in it down Sunset Blvd. or Mulholland Dr. or Fairfax, or visiting the Getty Museum, or Pasadena, or Santa Monica. So many memories of traffic on the Hollywood Freeway and the 5. There was that one nightmarish 7 hour long jam when the 5 freeway shut down when the Hollywood Bowl was letting out, and cars had to back off the freeway on ramps, one by one, to get out of the gridlock.

At some point in its life, the Maxima acquired the name Maximus. I drove Maximus from Springfield, Missouri to Austin, Texas. Maximus took me from Austin to San Antonio dozens of times, and also to Houston and Dallas and San Marcos and Corpus Christie.

After that crazy road trip through Chaco Canyon, where I drove 17 miles down a washboard dirt road with cattle and dust in the way, Maximus needed his first major repair. It was a catalytic converter, I think, and the suspension and muffler needed to be replaced.

Then Maximus needed CV axles replaced. The battery died, and then the alternator, late at night. Huge thanks to my friend Mike for fixing that. The tires began to go flat on a regular basis. I got a flat tire driving home from a New Year’s Eve party in 2015, which was fun with the fireworks going off everywhere.

I kept putting off buying a new car, because other things in life were so much more important and immediate. My career and my relationships needed attention. Maximus seemed fine after each repair, and I figured that I would know when Maximus stopped being reliable. He only had 135,000 miles on him. Surely he could go until 200,000. Heck, I have two different friends who drive Fords (an Expedition and an old pickup truck) with more than 250,000 miles on them.

Well, towards the end of 2016, I realized that I could no longer trust Maximus to keep going without a lot of major repair work. He might only be at 145,000 miles, but he was old, manufactured before the turn of the millennium. I’d rented cheap economic Versas that felt more spry than him, and they had modern bells and whistles, such as USB connections and Bluetooth. Maximus used to be a powerful, fast car. Now he’s slow to roll and slow to stop. When I took him to the local dealership for yet another repair, they gave me a list of recommended fixes that looked expensive enough to buy a younger car, and I knew it was time to send Maximus on to his final stages of life. I don’t know where’ll end up. But he’s gone now, sitting in a dealership lot, probably ready to be auctioned off or sold to someone in need.

Maximus the Maxima was a good car. I think he should have lasted longer, but I’m very glad to be driving something from this decade. 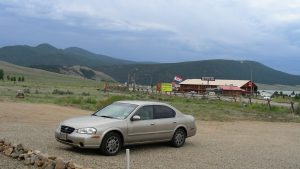