The Torth are troubled by Thomas, a rising young star in the galactic collective. Thomas’s bioengineered mind is unique, tempered by his neuromuscular disability and the fact that he was raised by “primitives” on the backwater wilderness of Earth. His potential to boost the galaxy’s celebrity thought-leaders is astronomical.

But Thomas is sympathetic to slaves—including Ariock, the gladiator with chemically suppressed superhuman powers.

Will Thomas quit caring about his underdog friends? Or can he actually change the minds of conniving celebrities who literally believe themselves to be gods?

There’s never been an epic about the future of the internet and social media. Until now.

If you’re bored by the SFF books coming from mainstream publishers–if you’re looking for an epic adventure that’s not just “the same but different,” but truly new–then start with Torth Book 1: MAJORITY.

Or join the Torth community on Discord!

"The Lion Within" Suddenly Lost in Words, vol.2 Sci-Fi Fantasy 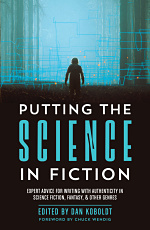 “CGI Is Not Made By Computers” 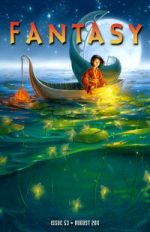 "How to Stock Your Magic-Fighting Toolkit" Fantasy Magazine Issue 53, August 2011